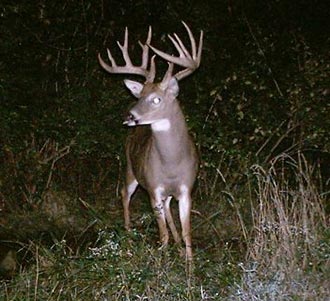 (SOCIAL CIRCLE, Ga.2) - While archery and primitive weapons season occur first, many hunters anxiously wait until the opening day of firearms season to get into the woods. That wait is almost over as firearms deer season begins Saturday, Oct. 20 and lasts through Jan. 1, 2013 in the Northern Zone and in the Southern Zone, through Jan. 15, 2013.

Regulated hunting is the most cost effective and efficient means of managing the deer herd, says John W. Bowers, assistant chief of Game Management for the Wildlife Resources Division. In addition, sportsmen and women provide more than $30 million each year to fund wildlife conservation in the state through license fees and self-imposed excise taxes collected on the purchase of firearms, ammunition, archery equipment and fishing equipment.

More than one million acres of public hunting land is available to hunters in Georgia, including more than 100 state-operated wildlife management areas. In addition to traditional hunts, many special hunts are offered, including ladies-only and adult/child hunts. Dates and locations for these hunts, as well as WMA maps, are available in the 2012-2013 Georgia Hunting Seasons and Regulations guide at www.gohuntgeorgia.com/hunting/regulations.

During the 2012-2013 firearms deer season, almost 280,000 licensed deer hunters harvested more than 340,000 deer in Georgia. Through the use of regulated deer hunting, Georgias deer herd remains a quality, healthy herd with an estimated statewide population of about one million deer.

A valid hunting license is required to hunt deer during firearms season, as is a big game license and a deer harvest record. In most cases, a separate WMA license is required to hunt on a WMA. All deer hunters must wear at least 500 square inches of fluorescent orange above the waist to legally hunt during firearms season except on archery-only areas. Where can you get a license? Buy it online or find a list of retail license vendors at www.georgiawildlife.com/recreational-licenses or buy it by phone at 1.800.366.2661.