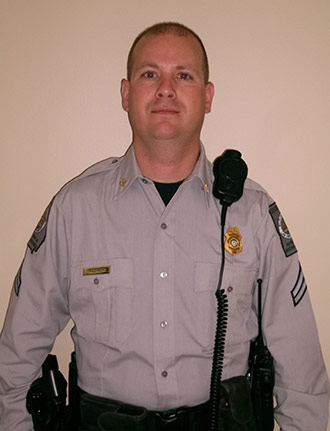 Cpl. James Keener, representing Pickens County, was named Investigative Ranger of the Year for demonstrating determination and devotion in his work, which included a complex case with more than nine individuals charged with violations.

I commend Cpl. James Keener for his drive and efforts to apprehend these violators whom adversely affect our natural resources, says Col. Eddie Henderson, chief of law enforcement for Wildlife Resources Division. The investigative work required for a case like this can be time-consuming and exhaustive. This work must be done along with all other duties the ranger carries out daily, so to successfully handle both requires great skill and dedication.

Cpl. Keeners investigation involved a poaching case in Pickens County. The case began with a complaint of spotlighting and shots fired. Over the next few weeks, Keener gathered information on the first suspect and the numerous additional violators involved. In total, nine poachers were charged with 53 violations. These violations
included:

● taking game above the bag limit

● hunting from a vehicle

● hunting from a public road

● killing a cow mistaken for a bear

Fines for all nine poachers totaled more than $4,800, plus $800 restitution for the death of the cow, and additionally included varying levels of suspension of hunting privileges, community service, and probation dependent on the violations of each individual.