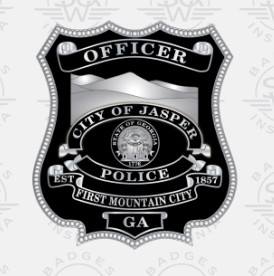 It has come to the attention of the Jasper Police Department of numerous rumors and misleading information being spread throughout the community via social media or other means of communication concerning Dairy Queen, Mary Ann's & Yellow Page Index. Due to the number of calls we have received and concerns pertaining to afore mentioned, Chief Lovell has asked that we briefly address these issues via Facebook.

Mary Ann's on Thursday, July 10th 2014 while two employees were arriving at work in early morning hours they were approached by unknown male and retreated into the establishment before contacting 911. The Jasper Police Department patrolled the area and was unable to locate the subject. No further activity from unknown male has been reported.

Dairy Queen was burglarized on Saturday, July 12th 2014 and is being investigated by the Jasper Police, Criminal Investigations Division.

Dairy Queen Fire occurred on Tuesday, July 15th 2014 in the early morning hours and is being investigated by the State Fire Marshals Office.

Yellow Page Index personal have been in the area selling advertisements for Clear Point Concepts last week. City of Jasper Police and Pickens County Sheriffs Office have looked into the company and found it to be legitimate.

Chief Lovell would like to remind the citizens of the City of Jasper, merchants and its visitors that their safety and well being is his top concern. Any activity that would jeopardize the safety of the of the citizens of Jasper, merchants or visitors will addressed by the Jasper Police Department . Any announcements, warnings or alerts will be issued via approved media outlets by the Jasper Police
Department.

MORE NEWS ------ BACK TO CITY OF JASPER POLICE DEPARTMENT