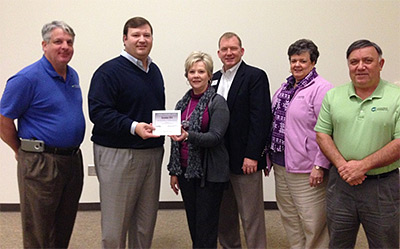 Amicalola Electric Membership Corp began in 1940 and joined the Chamber over 3 decades ago. They serve over 46,000 locations in 10 North Georgia counties. In addition, their Operation Round-Up program has given back over $1.8 million dollars to needy individuals and community charities in their service areas since 1999. In addition, in 2014 they gave $300,500 in unclaimed and property funds to education, economic development and 501(c)3 charities in their service area.

Nominations for future Small Business and Large Business Organization awards are now being accepted. You can email your nomination to denise@pickenschamber.com.