Erosion of the Middle Class- Rhetoric and Reality 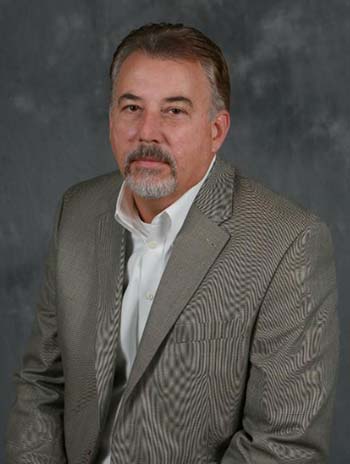 With candidates announcing intentions to run, the 2016 Presidential race is officially underway so soon we will be inundated with proclamations about how all the other contenders are ruining the country and destroying the middle class. And while whether or not the county is being ruined can be debated, there is an abundance of data that indicates the middle class is truly being eroded. Per the Pew Research Center in 1970 61% of Americans were considered middle class as defined by income, and by 2013 this had dropped to 51%. In Georgia, there has been a drop of 4.8% just from 2000 to 2013 with the number going from 49% to 44.2% and based on the past, proposed federal actions portrayed as bolstering job and wage opportunities will likely do very little to help the average American citizen.

Thirty years ago the rhetoric was that eliminating trade barriers such as tariffs or quotas would create tremendous new economic opportunities for the American people. Around the same time it was also said that CEO pay was out of control and needed to be restricted, as well as that the Glass-Stegall Act provisions that separated banking and investment firms were no longer needed. With the removal of domestic industry protections and urged on by Wall Street investors with new access to billions of dollars, CEOs that were now increasingly compensated with stock options gained Board approval to import cheap foreign goods and rapidly close plants in the US. This sharply boosted stock prices and made multi-millionaires of those involved and likely their political allies who crafted the enabling legislations and who unlike the average person, are immune to insider trading laws.

However the reality was starkly different for middle class Americans, and especially those living in the rural south as well as for women in particular, because the impact to the textile industry was much greater than other segments. Per the USDA, in 1973 there were 2.4 million textile and apparel jobs with half located in eight southeast states and by 2005 this number had diminished to 650 thousand. 39% of the displaced workers were not able to find another job and never returned to the workforce. Of the 61% that managed to find work, 75% were making less money at the new job than at the job that was lost. Other data indicates that employment in the textile and apparel industry has declined further to about 455,000 jobs in 2013.

Although the mass exportation of entire industry segments has largely subsided, this same reward framework provides a tremendous financial incentive for industry consolidation through corporate mergers and acquisitions. For example, it was recently announced that with the help of Warren Buffett and 3G Capital, Heinz is buying Kraft Foods which will create the fifth largest food and beverage company in the world. Heinz chairman and 3G managing partner Alex Behring stated By bringing together these two iconic companies through this transaction, we are creating a platform for both US and international growth. The rhetoric implies that there is significant room and need for growth, but the reality is that Heinz Ketchup has a 60% market share in the US, 70% in Canada, and 78% in the UK, along with 2012 revenue in excess of $11.5 billion. Kraft is already the largest consumer packaged food and beverage company in North America with 2012 revenue exceeding $18.2 billion. On the day of the acquisition announcement, the price of Kraft stock straight-lined up 33% at the opening of the market.

So while the select few enjoy one more financial windfall, the middle class will soon be dealt another blow due to the inevitable layoffs of hundreds or possibly thousands of employees with now duplicate functions. And as the campaign rhetoric increases with demands for more government regulations to address income inequality and economic justice are countered with cries for less federal intervention and lower taxes in order to spur job creation, when faced with an actual opportunity to preserve good paying jobs by using the regulatory power of the SEC to prevent another unnecessary corporate consolidation, the reality is that none will do anything and the erosion will continue- one lucrative deal by one lucrative deal at a time.