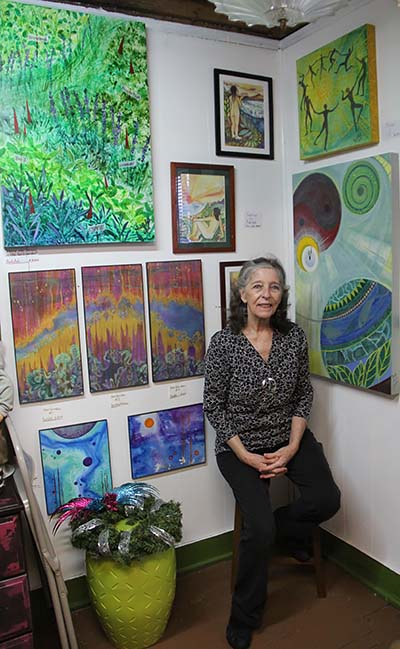 Rudi's artistic interest started at an early age, which included winning a two-year scholarship to The Art Institute of Chicago as a teenager. After living in Dekalb County, she moved to Jasper three years ago and spends much of her time with her grandsons in Woodstock.

Stop by and see her work, including her series of eight Women of the Earth and Sky, Wind and Water (two shown above Rudi), on Fridays and Saturdays from 10 a.m. to 5 p.m.

Ed B's Studio 54 - It's not your average art studio! Located in downtown Jasper.