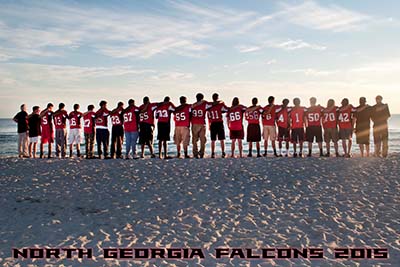 Those interested in participating are encouraged to attend an informational meeting, which will be held at 1 p.m. Saturday, April 2 at Orange Methodist Church.

The North Georgia Falcons organization offers high school and middle school sports for boys who live in the north Georgia area, including those who live in north Fulton, Cherokee, Forsyth, Pickens, Gilmer, Dawson, Bartow and parts of Hall counties.