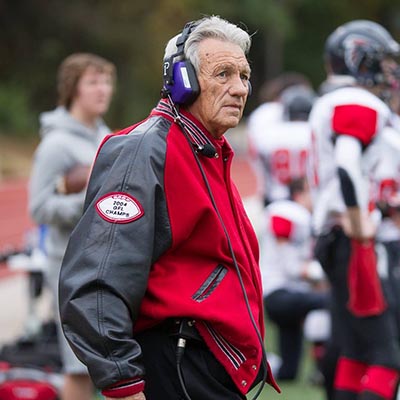 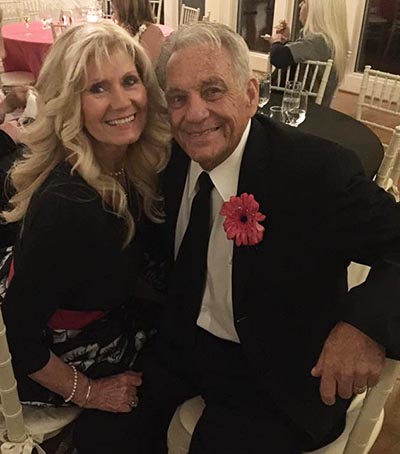 I want to share with you about COACH ROGER. Roger was one of the pioneers of homeschool football perhaps the first to blaze the trail thanks to his sons, Colt and Jordan, along with Diana. Roger and I became great friends when God put us together to start a homeschool football team so that Rogers sons (Colt, Jordan and later Zane) and my sons could play high school football. Roger loved football and wanted his sons to benefit from being a part of a football team and experience all the great life lessons that football teaches. While our motives for coaching our sons football team was for their benefit, the Lord had bigger plans. The Lord wanted Roger to minister to teenage boys and Roger considered it his way of serving the Lord. Roger became the Head Coach of the North Georgia Falcons and was able to coach his three sons, but even as great as that was, Roger was the father or father figure for hundreds of teenage boys and made a difference in their lives for good.

From one former player: Estaban Cortes said It was an honor and privilege to have spent 4 years being coached by the one and only coach Roger McDaniel. Thank you for the impact you had in my life as a teenager.

And this quote from a mom of three players: "Coach"!! you were so much more than a coach to my three boys. You were a constant presence in their lives from the time they were "pups" through high school graduation. You took time to guide them, inspire them, teach them, and love them through their youth. You led with conviction but not judgment. You were simply a gift to all who knew you. I am broken hearted by the news of your passing yet I am rejoicing with comfort knowing you're with Jesus. Fly high coach, smile with pride for a job well done. Your life has inspired so many and you are loved beyond measure. We love you.

There are parallels between a pastor of a church and a head coach of a football team. As pastor and as coach you pray, nurture, console, counsel, shepherd, preach, teach, lead and love your church/team family. Roger did all these including his sermon on the couch. Some of you know exactly what I mean by that.

As a pastor and a head coach there are also a lots of things that you do that go unseen. Roger did many things above and beyond what was required. Teenage boys during the 14 to 18 years of age go through the most difficult time of their life as they are changing from boys into men, looking for their independence from their parents and in particular their fathers. For those in sports, a coach becomes a big influence to them. Roger excelled in this area.

A mother of one of the players said: Sometimes, you meet someone that truly cares about guiding and loving your child. Roger McDaniel saw the potential in my son to play some great football. More importantly, he saw the potential in my son to be a great man. I'll never forget Roger giving all the boys their Bibles and asking them to not let it get dusty on a shelf. I will forever be grateful to Roger and Diana for the the time and energy they invested in loving these boys and their families. Thank you to the McDaniel family.

Regardless on your talent, he showed his players unconditional love and praised them, encouraged them and when needed, he disciplined them.

This quote from Zack Howard said In my years as a player for the North Georgia Falcons I didn't do much more than cause a bunch trouble for coach Roger. So much so that by my senior year he was calling me "briarpatch". I had many disagreements and shouting matches with Roger, but his influence helped shape and craft the man that i am today. Without his tough love, I know I would still be a hellion who believed that I was right about everything. Roger helped me see that I could be more than just the "tough guy" that I thought I was, and he helped me to understand that there was more to life than football. I know i never said it enough but I loved coach Roger and i respected the hell out of him. All my thoughts and prayers are with the McDaniel family. You all have a special place in my heart and I love all of you.

Every year Roger would pray that the Lord would send players so we could have a team. The Lord always delivered so we use to say that we must be doing what God wants us to do. Some of those new players were from single parent households, most living with no father around. Roger would become a father to them. The first to become one of Rogers adoptive sons was Reggie who called Roger Pops.

Here are words from Reggies mom: This world has lost a great man today. He shaped many young men into productive adults. Reggie Jamal Cherry has always seen Roger as a father and Rogers sons as brothers. He impacted Reggies life and for that I will forever be grateful. Heaven is rejoicing and Roger is at peace. No words could ever be enough, a thousand thank yous just doesn't seem right.

Selfless. After 15 years of being around Roger, SELFLESS is one of the words that I would use to describe him. He did thankless jobs and tasks that go along with putting on football games, practices and events that we held. Most of the time he was the first to practice and last to leave. He would drive around picking up players to bring them to games and practice then take them home often times buying players food and drinks for them whether they had money or not. Roger was willing to do anything to help others. He helped a lot of people and as a coach, he did more than any high school coach I know when it comes to helping players.

As his son Zane said it didn't matter if I was his son or any player in their senior year that wanted to play college football, Roger would do anything to help them. It's gonna be tough living this life without my dad. He has done a ton for me and I'm gonna miss that selflessness he showed to me, my brothers, my mom and everyone else he was around.

And this quote from one of the Falcon family member: Today we all lost an amazing man. A coach that was willing to go the distance, and run the mile for his team. He never would give up on those boys. He was a man who brought many young men to God through their passion, football. Thank you Coach for inspiring so many young men, and for leading all of those around you.


Then the servant who had received two talents also came and said, Master, you entrusted me with two talents. See, I have gained two more. His master replied, Well done, good and faithful servant! You have been faithful with a few things; I will put you in charge of many things. Enter into the joy of your master!

WELL DONE ROGER THANK YOU FOR YOUR TESTIMONY AND THE LEGACY YOU LEAVE WITH US!