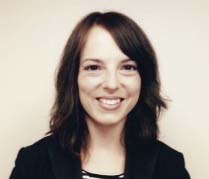 Carrie McCurdy, the 2000 Pickens High School STAR Student, will be the guest speaker for this years STAR Banquet. McCurdy is the daughter of Carl and Melanie McCurdy of Jasper. She is currently an Assistant District Attorney in the DeKalb County DAs Office where she has worked since 2009. Carrie is assigned as the Senior ADA where she prosecutes all homicides and serious felony cases in one of ten Superior Court Divisions in DeKalb County.

Throughout her career and beyond, Carries passion has been seeking justice for those who have been victimized by domestic violence. She has worked in a specialized unit for the prosecution of all domestic violence homicide and sexual assault felonies in DeKalb County, and has supervised a specialized unit for the prosecution of high risk domestic violence misdemeanors in DeKalb County. For the last ten years, McCurdy has facilitated emergency support groups for victims of domestic violence through The Women's Resource Center to End Domestic Violence, a local nonprofit organization. McCurdy also trains local police departments in investigating elder abuse, and she also trains new prosecutors statewide in trial advocacy. She is a dedicated reader, hiker, cross-fitter, Auntie to several beautiful nieces, and owner of two sweet dogs.

The Optimist Club of Jasper will host the annual STAR Banquet on Thursday evening, March 9, 2017. The banquet will be held at 7:00 p.m. at Chattahoochee Technical College, 100 Campus Drive, Jasper, Georgia. Anyone interested in attending the banquet should email the Optimist Club at pickensstar@etcmail.com Reservations are required and tickets are $24.00 per person. The Woodbridge Inn will cater this years banquet.