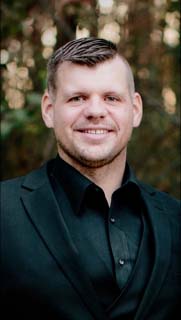 I was one of the first players for the North Georgia Falcons. This team and others like it was created out of necessity. My brother and I were homeschooled and had a passion for tackle football with no where to play.
My dad and a few other dads, stepped up and made it happen for us. To us, it was "The Greatest show on Grass"! That was 15 years ago. Our teams have evolved and are now open to all young men from 11-18 years of age.

A long time ago, I made a promise to my dad regarding the Falcons. Granted, I had hoped not to have to fulfill that promise just yet, but it seems fate had other plans. When I returned home from the Marine Corps, I needed an outlet. "Something to be excited about again. Some way to give back, and most importantly, something that would restore a broken relationship with my dad".....Little did I know that around that same time, Coach Roger McDaniel was looking for some ONE as opposed to some THING. It was at around that time, he asked me to take on a small role coaching Running Backs and Line Backers with the hopes that I would be sticking around a year or two. Fast forward 7 years later. 7's.....The number of completion.

The Falcons organization are moving forward. We will miss my dad constantly, and to be completely honest, for me it will never be the same. There have been many teams without Coach Jordan, Colt and Zane. There have been many teams without 'Number 23', but there has never been a team without Coach Roger McDaniel. This team was his passion. A passion that he did not intend to keep forever. Not long before last season started, Coach and I were riding around talking with each other as we tended to do from time to time.
He said ³Jordan, I think this is gonna be my last season². I replied ³HA!
You¹d be bored out of your mind². I didn't want to face it then, but in some way, Coach knew the clock was ticking. He told me that day that he wanted me to take over as head coach starting this year, even before we knew how bad the cancer had become. I promised dad that as long as there were boys who wanted to play football, I would always make sure that they had a place to go.

So, as the spring rapidly approaches, I want to encourage all to 'prepare yourselves' as Coach used to say. The Falcons WILL be open for business this fall. We have put together the most aggressive and competitive schedule ANY Falcons team has ever faced. It¹s gonna be tough, but incredible all at the same time. So we ask for your help.

We want to create one of the most fierce and dominant Falcons teams to ever 'Rise Up' out of the North Georgia Mountains. A team capable of playing a schedule that includes several public, private, and home school teams. A team that¹s ready to stand fearless and prepared to go on.