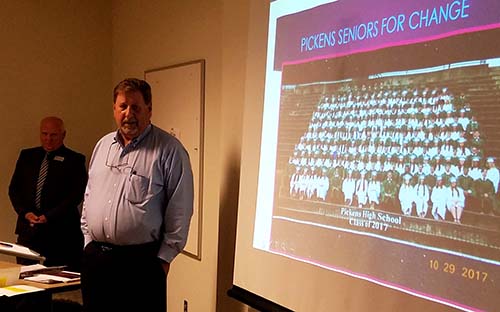 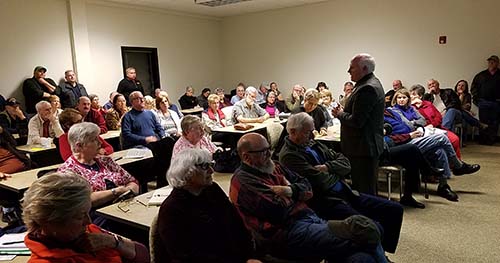 A group proposes to grant additional exemptions for seniors from the schools portion of property taxes. The forum examined what this means for funding our schools, including shifting the taxes to others such as families with children and businesses.


EDITOR'S NOTE: Pickens Seniors for Change is the group soliciting the school property tax exemption. The Pickens County Republican Party voted in favor of a straw poll to gauge opinion on the subject on the Spring 2018 Primary Republican ballot. Below is a link to the video of a Town Hall Meeting hosted by the group in April.