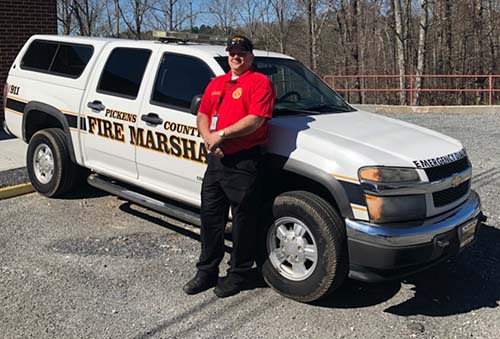 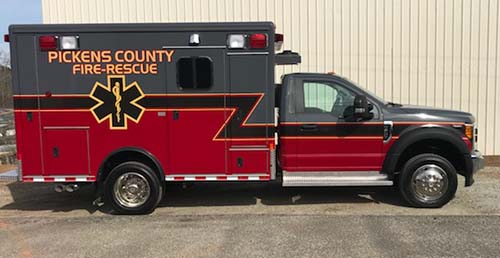 ⏵The county will be gaining two new fire engines as well as two new super tankers. The County Commissioners Office has plans to have the specifications advertised and available for bid by the end of this month, March 2018.

⏵ A new position has recently been added to the Fire Department located at the Tate 4-way. This will bring staffing at the Tate Station up to three full time Firefighter EMTs with at least one Firefighter Paramedic on duty to respond to calls 24 hours a day. The third position will be responding to emergency calls in either the Fire Engine or a Responder, as needed.

⏵ Pickens Fire/Rescue has recently received two new ambulances. One of the new units is in service responding from the Fire Departments central location on Upper Salem Church Road and the other new unit should be in service soon and will be responding from the Tate 4-Way Station on Canton Hwy @ Hwy 108. The ambulances are the new Red, Black, and Gray colors which will be replacing the white units over time.