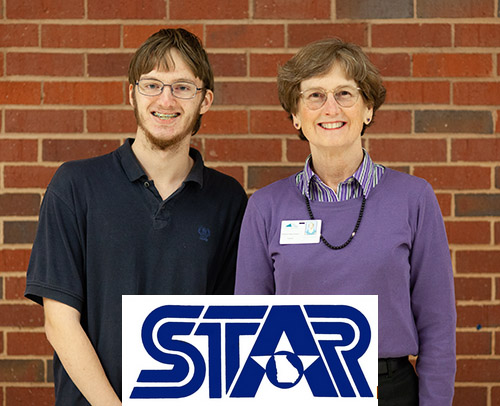 Smith, the son of John Smith, earned the recognition for academic achievement and performance on the SAT.

The PAGE Student Teacher Achievement Recognition (STAR) program is sponsored, administered and promoted by the Professional Association of Georgia Educators (PAGE). Since its inception in 1958 the STAR program has honored nearly 28,00 students and the teachers selected as the most influential to their academic achievement. High school seniors must have the highest score on a single test date on the SAT and be in the top 10 percent or top 10 students of their class based on grade point average to qualify for STAR nomination.

STAR begins each year in participating Georgia high schools when the STAR Student is named and chooses a STAR Teacher to share in this recognition. The students and their teachers are honored by their schools and receive special recognition in their communities from one of the more than 165 statewide civic organizations and businesses that serve as local sponsors of the STAR program. Students then compete for school system recognition as the top STAR Student, and those winners compete for region honors.

Region winners contend for the honor of being named State PAGE STAR Student. STAR Teachers continue on with their STAR Students at every level of the program.

Dr. Daymude describes Dale as The most avid mathematical learner I have met in 24 years of teaching. He is the star of our interscholastic math competitions, sometimes single-handedly representing PHS. His mathematical prowess earned him a spot in last summers prestigious Governors Honors Program.

Dr. Daymude went on to say that Dales abilities go beyond the mathematics and linguistic skills that helped him ace the SAT. He is a gifted musician; his percussion awards include being a five-time member of the Georgia All-State Band (First Chair this year). Additionally, its especially fun to watch him solve multiple types of Rubiks cubes with blurring speed.

Dale says I chose Dr. Daymude as my STAR Teacher because I feel that she was the teacher that most encouraged me to take on extra work outside of the classroom to broaden my horizons.

Smith is a member of the PHS Marching Band, Symphonic Band, and the Young Writers Club. He plans to attend a 4-year college and pursue a degree in mathematics or engineering.

Dr. Daymude has taught for 24 years. She lives in the Big Canoe community and is married to Tom Daymude.

The Optimist Club will recognize Smith and Daymude at the annual STAR Banquet on Tuesday evening, March 12th. The banquet will be held at Chattahoochee College at 7:00 pm. If you would like to attend the banquet, reservations can be made by emailing the Optimist Club at pickensstar@etcmail.com. Reservations are required, and the cost is $25.00 per person.

Dr. Chaudron Gille, Interim Provost and Senior VP for Academic Affairs at the University of North Georgia, will be the guest speaker for the 2019 STAR Banquet.