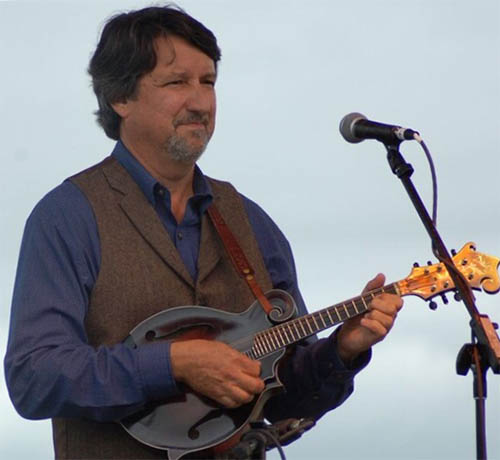 (Mt. Oglethorpe, GA) To help celebrate the 5th anniversary of the creation of Eagles Rest Park on Mt. Oglethorpe, singer and song writer Bob Knysz will sing two of his original songs written specially for the new park.

Bobs songs "Ode to Billie Ann", which recognizes Billie Ann Rice, the benefactor of Eagles Rest Park and Cherokee Trail, in remembrance of the Cherokee Indians who lived in the area around and on Mt. Oglethorpe will be part of the ceremonies that begin at 2 pm on Saturday, March 23, 2019.

Bobs diverse musical background began in 1978 when he discovered the mandolin and began playing professionally. He became a member of the Atlanta music scene in 1982 and his love affair with the mandolin has taken him through many musical idioms including: blues, bluegrass, country, classical, and jazz.

Bob is currently the leader of the 2016 GA Music Awards nominee 8th of January bluegrass band; also performing Bob Knysz Mandolin  mandolin soloist; with the Mandolin Consort of Atlanta mandolin quintet; 16 Strings  Duo Mandolin/Mandocello; president of the Atlanta Mandolin Society and concertmaster of the Atlanta Mandolin Orchestra as well as performing with other top players and groups in Atlanta and Chattanooga.

Bobs music has become part of the beautiful landscape in the North Georgia Mountains.

Boy Scout Troop 20 of Big Canoe will participate in the event by collecting canned food and money for CARES of Pickens and by performing short demonstrations on the four viewing decks.

The public will continue to add stones to the Stone Eagle located on the southern face of Mt. Oglethorpe.

Come to the mountain to refresh your mind, body and spirit.