Who Will Be Standing Before the Judge? 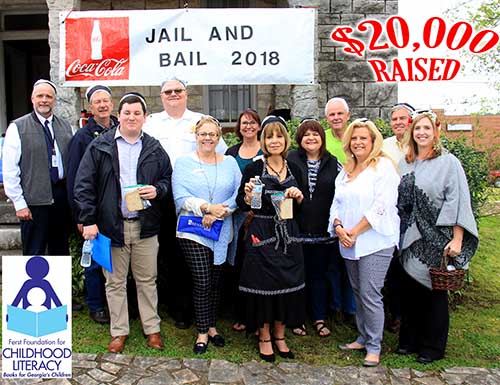 This year Ferst Readers of Pickens County will once again bring before Pickens Ferst Judge" a number of Pickens County community leaders to answer the charges being brought against them. The 12 detainees will be picked up by a law enforcement officer and brought to the steps of the Old Jail on Main Street in downtown Jasper to plead their case on Tuesday, April 23th. You will see them being walked up the steps of the Old Jail in cuffs to answer the charges being brought against them.

Charges will be read and evidence presented by the "Prosecuting Attorney". Their defense attorney will plead their case. Bail will be set and must be paid before they will be released from custody. All bail monies will be donated to Ferst Readers of Pickens County and used locally to mail new, free age-appropriate books with literacy support materials each month to over 1000 Pickens County children under the age of 5. Be on the lookout for Wanted Posters that will identify this year's detainees.

Contact Sue Appleton/Chair at suekappleton946@gmail.com for more information. To learn more about Ferst Readers or to register a child, go to www.ferstreaders.org.

To donate to Ferst Readers you can do so at www.ferstreaders.org and make the donation in honor of one of our detainees.