GDOT Pleads for Safe Back to School Driving in Northwest Georgia 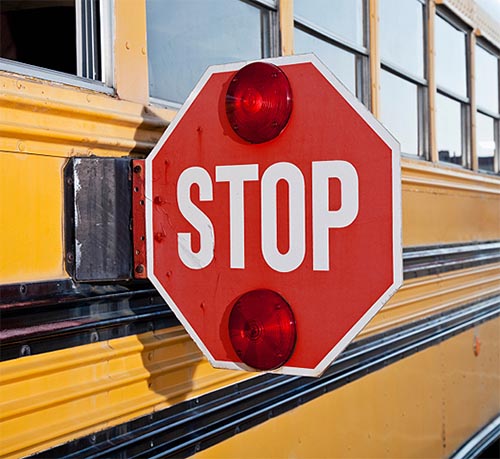 Students heading back to school means more traffic, increased congestion and the need for extra safety precautions. From school buses loading and unloading, to kids walking and biking, to parents dropping off and picking up - dangers abound.

As back-to-school gets into full swing, Georgia DOT urges drivers to put safety first  especially in and around school zones, buses and children.

 Pay attention to school zone flashing beacons and obey school zone speed limits.
 Obey school bus laws.
o Stop behind/do not pass a school bus that is stopped to load or unload children.
o If the lights are flashing and the stop arm is extended, opposing traffic must stop unless it is on a divided highway with a grass or concrete median.
 Watch for students gathering near bus stops, and for kids arriving late, who may dart into the street. Children often are unpredictable, and they tend to ignore hazards and take risks.

According to the National Safety Council, most children who lose their lives in school bus-related incidents are four to seven years old, walking and they are hit by the bus, or by a motorist illegally passing a stopped bus.

It's never more important for drivers to slow down and pay attention than when kids are present  especially in the peak traffic hours before and after school, said Grant Waldrop, district engineer at the DOT office in White.

Research by the National Safe Routes to School program found that more children are hit by cars near schools than at any location. Georgia DOT implores drivers to watch out for children walking or bicycling (both on the road and the sidewalk) in area near a school.

If you're driving behind a school bus, increase your following distance to allow more time to stop once the lights start to flash. The area 10 feet around a school bus is the most dangerous for children; stop far enough back to give them space to safely enter and exit the bus, Waldrop explained.

Whenever you drive  be alert and expect the unexpected. By exercising a little extra care and caution, drivers and pedestrians can co-exist safely in and around school zones. Lets make this new school year safer for our children.

MORE NEWS ------ BACK TO GEORGIA DEPARTMENT OF TRANSPORTATION