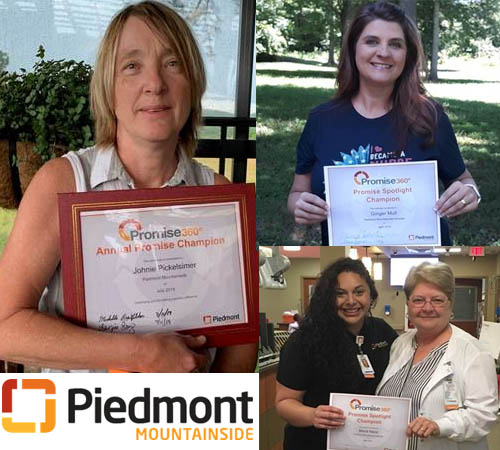 Left: Johnie Pickelsimer earned Piedmont Mountainsides Promise 360 Champion Award for the extraordinary care she provided to a patient in need.

Promise 360 winners have been nominated by patients, patient family members, visitors or co-workers for going above and beyond to fulfill the Piedmont Promise of making a positive difference in every life they touch.

All of the winners demonstrate the Piedmont values of championing patient centered care, exemplifying teamwork and connections, being an owner and embracing the future.

To nominate a caregiver or learn more about Promise 360, please visit Piedmont.org/Promise360