Veterans Day Parade - A Way To Say Thanks To Our Vets 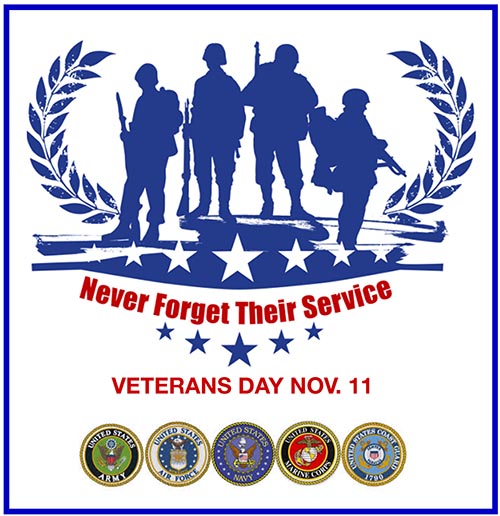 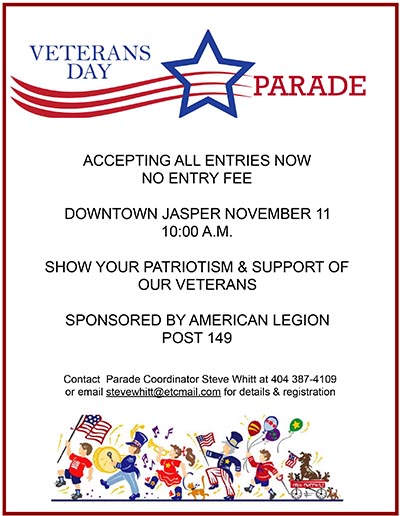 One of the things I love about the people of Pickens County is the overall support available to those who live here. Pickens County folks really do care and it shows. There are so many organizations whose mission is to give back to those in need. If anyone has a problem, there is someone out there to make it right. Sometimes giving back is not just about problem solving its more about sharing the love. And Pickens does love its veterans.

According to the latest U.S. Census statistics, we are home to close to 3,000 veterans or 12 percent of our total population. That is higher than both state and national averages of 9 and 8.3 respectively. Lets really show our veterans the love and support they deservenot just on Veterans Day, but every day.

Veterans Day is a day we show our appreciation to all veterans which is different from Memorial Day that is all about remembering those who have died. The date which is both a state and federal holiday began on the 11th day of the 11th month at the 11th hour in 1918 with the armistice between France in Germany signifying the end of WWI. It was originally known as Armistice Day, and was changed to Veterans Day in 1954 to recognize all veterans of every war and those who have served in times of peace.

One way we can show that love is by either participating or watching this years Veterans Day Parade, sponsored by Pickens County American Legion Post 149. This years parade will begin at 10 a.m. in downtown Jasper on Monday 11 November. Follow the parade down to our Veterans Memorial located at Lee Newton Park for a short patriotic ceremony filled with music by Pickens High band and chorus and soloist Isabella Willbanks who will perform our National Anthem.

Parade Grand Marshall will be Pickens County Afghanistan veteran Wesley Farron who will be accompanied by his wife and children. Parade participation is open to all and there is no registration fee. If you have a group, club, organization, business or anything else you want to show the community now is your chance to fly your colors with pride. Line up begins at 9 a.m. behind the Jasper United Methodist Church. Applications are piling up, so dont delay! Contact Parade Coordinator Steve Whitt at 404 387 4109 or stevewhitt@etcmail.com to register or for more details.