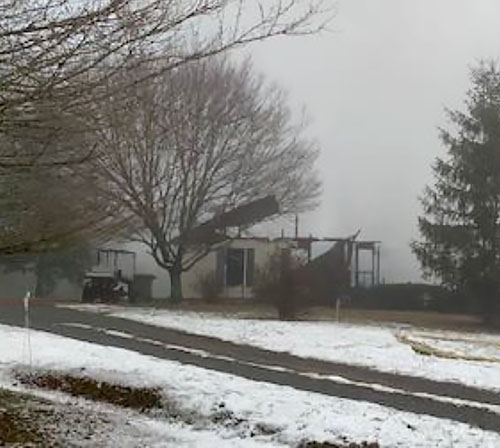 Around 4:00 A.M. on the morning of February 9, the Pickens County Fire Department responded to a residential fire located off of Derby Lane in Jasper, Georgia. After extinguishment, emergency personnel discovered the body of Katheryn Patrice Singer Avery, 66, in the basement of the home.

"The 2,000 square-foot, single-story home was nearly destroyed by the blaze. Most of the top floor had collapsed into the basement by the time extinguishment efforts began," said Insurance and Safety Fire Commissioner John F. King. "Though it cannot be directly linked to starting the fire, careless smoking while in use of oxygen is likely to have played a role in the cause."

The body of the deceased was turned over to the GBI Crime Lab, where an autopsy is set to be performed. Two other individuals were able to escape the home, with one suffering minor injuries and the other escaping unharmed.

Investigators with the Insurance and Safety Fire Commissioners Office are assisting Pickens County Fire Department with this investigation.

Avery is the twelfth victim to perish in a Georgia fire in 2020.