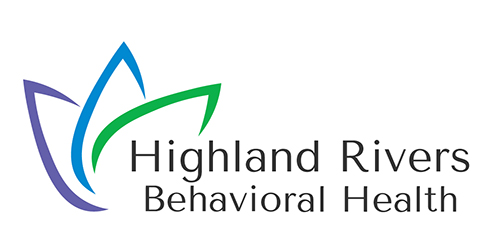 If historical and ongoing racism, prejudice and discrimination have compelled African Americans in communities across the U.S. to rise up in protest, those injustices have also taken a toll on African Americans mental health, individually and collectively, and long before now.

Mental illness has never been known to discriminate; regardless of race or ethnicity, income, age, sex or education level, anyone might experience mental health challenges in their lifetime and approximately one in five people do. Even so, Blacks and other minorities in America are more likely to face circumstances that increase a persons risk for poor mental health, such as poverty, stress, violence and lack of access to healthcare.

In articles Ive written the past two years for Minority Mental Health Awareness Month, Ive cited a variety of statistics that demonstrate the disparities between whites and people of color in mental health and accessing mental health treatment. Unfortunately, those disparities have not improved, but still bear repeating  if only to show that mental health issues are yet another area where we seem to have a racial divide. Consider:

 According to the Department of Health and Human Services (HHS) Office of Minority Health, adult African Americans are 20 percent more likely to report serious psychological distress than adult whites.

 Both African Americans and Hispanics are more likely to have feelings of sadness, hopelessness and worthlessness than whites (CDC).

 Poverty level affects mental health status. African Americans living below the poverty level are twice as likely to report psychological distress as those over twice the poverty level. According to the U.S. Census Bureau, more than one in five Black people in the U.S. lived in poverty as of 2018.

 African Americans of all ages are more likely to be victims of serious violent crime than are whites, making them more likely to meet the diagnostic criteria for post-traumatic stress disorder (PTSD).

While it is disturbing that any percentage of our population should face ongoing psychological distress, we have known for some time that poverty can affect both mental and physical health. But poverty can also affect access to healthcare  so even as African Americans are more likely to be at risk for mental health challenges, they are also less likely to receive treatment.

 According to the Substance Abuse and Mental Health Services Administration (SAMHSA) in 2018, 18.6 percent of white adults reported receiving mental health services in the past year, compared with only 8.7 percent of Black adults.
 Further, according to the CDC, in 2018, more than half of African American adults ages 18 to 49 with serious mental illness did not receive treatment.

So you know where Highland Rivers stands on these issues, I want to close with the statement weve added to our website concerning Black Lives Matter:

Highland Rivers Health is deeply saddened and disheartened by the unjust acts and deaths of members of our Black community that result from racism and discrimination. As an organization that serves individuals and families who are often marginalized due to mental illness, addiction or disability, we believe the voiced experience of those who have suffered injustice can truly lead us to the change we need. We stand in solidarity with those who are nonviolently protesting to bring positive and immediate change to systems that perpetuate social injustice within our local, state and national communities, and those who advocate for inclusive communities built on equality. #blacklivesmatter