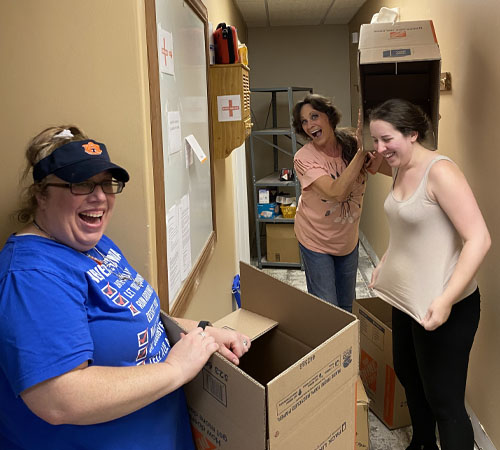 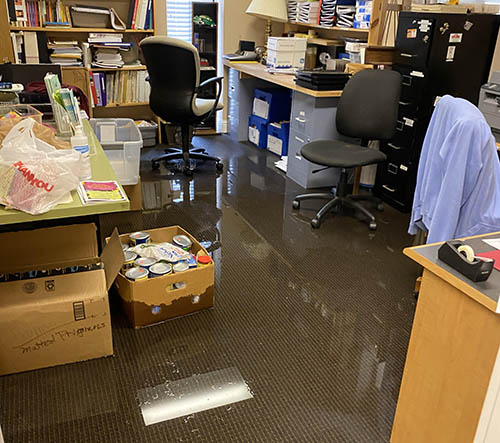 The main office turned into a reflecting pool. 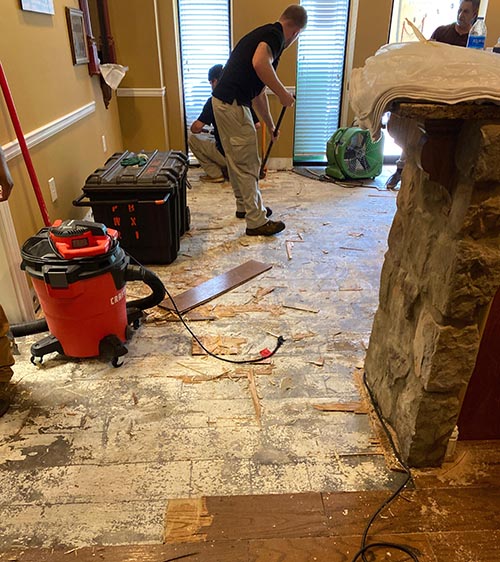 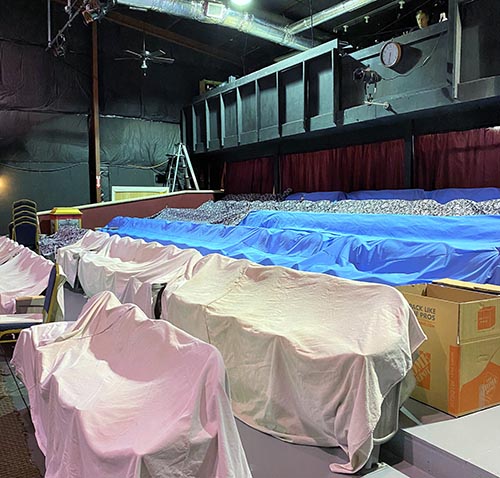 The best laid plans of Tater Patch Players have gone dramatically awry. The theater had just begun to cope with the restrictions of COVID-19. They had completed two out of three weekends of a delightful one-act comedy. The audiences were very receptive and they seemed to appreciate the ushers attempts to maintain social distance and laugh at the same time. The director was pleased, as were the cast members. Things were looking up again.

One afternoon, three members were planning to meet to discuss the possibility of doing another one-act comedy. This shorter-play format made the audience comfortable. There was no worry about distancing and safety during the potential crush of an intermission. Though the budget was slim, it was going to be something that the Players could handle for the near future. Several plays had been ordered to read through and all was sunny. Then the front door was opened and the water poured across the parking lot.

Ultimately, the culprit was a pipe connection, part of the original building construction, that had separated at a joint. The damage to the lobby, offices, storeroom and kitchen was extensive. The pipe was between the floors of the building, so basically it had flooded the storage area on the ground floor and from there into much of the front of the building. The wooden floor in the lobby was buckling. The carpet inside the theater was wet, but the brand new seats were (thankfully!) untouched. The stage was fine, all the electrical equipment was fine.

The troupe's insurance company jumped right in and a remediation team came within the hour. A plumber came quickly, pinpointed the broken pipe joint and replaced it. The Board learned today that the contractors, who have bid, have both estimated that they could not possibly finish all the restoration until at least November.

The long process of cleanup and evaluation had begun. The Tater Patch Players' Board of Directors discussed the future in a meeting August 16. They affirmed their earlier decision to cancel the September play, Sex Please, We're Sixty.

There will be no more theater in the theater this year.

Discussion was held about moving the three shows that were affected by COVID-19 and then by the water damage, to 2021. The Play Selection Committee will work on some alternatives for next year, looking at both short and full length plays, since there is no predicting when the coronavirus restrictions will lighten.

The sadness that this brings to all the volunteers: actors, set builders, popcorn poppers and sellers, ushers, costumers, box office staff.... too many to name. They all love their time helping to bring a production onto the stage. There is great joy in entertaining the members of the public and hearing the reactions and the laughter and especially the applause. Actors (and all theater people) do indeed feed on it. They will also miss the chance to work with the young home-schooled kids who take drama classes at Tater Patch. All those young creative minds are an inspiration.

But honestly, the more concrete worry is money. No shows = no income. The Tater Patchers are pursuing a few grant ideas, but like everything else financial in this economy, the streams have dried up. They will be turning to public support and asking those who love the creativity and delight found at the theater to perhaps send some "money applause" their way.

Please contact the troupe with any questions about donations. There are many ways to give and rewards for givers, beyond the satisfaction of nurturing one of the artistic pillars of our community. Visit the website at www.taterpatchplayers.org for more information on donating.

The Tater Patch Players is a 501(c) (3) organization and contributions are tax-deductible to the extent allowed by law. Email taterpatchplayers@gmail.com with any questions.