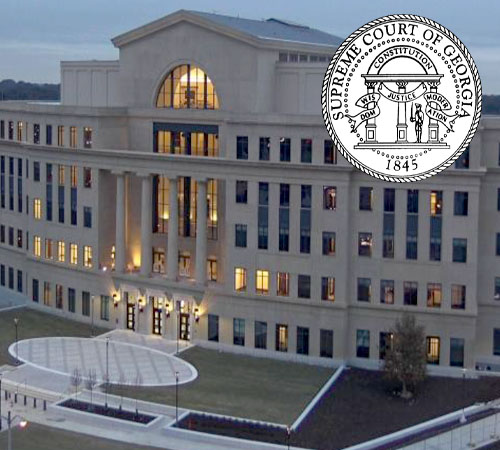 Chief Justice Harold D. Melton today extended for another month the Statewide Judicial Emergency due to the COVID-19 pandemic. The order he signed today is the 11th he has signed that extends the emergency he first declared on March 14, 2020. Under state law, the Chief Justice is authorized to declare an emergency for 30 days at a time.

Todays order is nearly identical to the last extension order he signed on Jan. 8, and it continues the suspension of jury trials. However, the order signals that jury trials could resume next month, noting that the surge in COVID-19 cases that led to the suspension of jury trials appears now to be declining. Assuming that conditions generally continue to improve, it is anticipated that the next extension order on March 9 will authorize superior and state courts, in their discretion, to resume jury trials as local conditions allow, the order says.

We have never shut down the courts since this emergency began, Chief Justice Melton said.

However, because we compel people to come to court, and due to the large numbers of people required for jury trials, early on we suspended jury trials and most grand jury proceedings. Since then, our courts across the state have been hard at work putting in place plans for their resumption in compliance with public health guidance and guidelines by the Judicial COVID-19 Task Force to safeguard the health and safety of all involved.

For a short period, jury trials were allowed to resume. In October, the Chief Justice signed an order lifting the prohibition of jury trials because our judicial system, and the criminal justice system in particular, must have some capacity to resolve cases by trial, and our trial courts have accumulated many cases that are awaiting trial. However, on Dec. 23, 2020, due to a rapid escalation of COVID-19 cases, the Chief Justice signed an order again suspending jury trials that were not already in progress.

The hope now is that the recent decline in the number of cases, along with the rollout of vaccines against the virus, will allow jury trials to resume in March. In a remote emergency meeting last Monday with members of the Georgia Judicial Council, Chief Justice Melton said, If things continue to show themselves as favorable, barring any setbacks, our hope is to open up jury trials in our March order. He encouraged judges to act now to prepare.