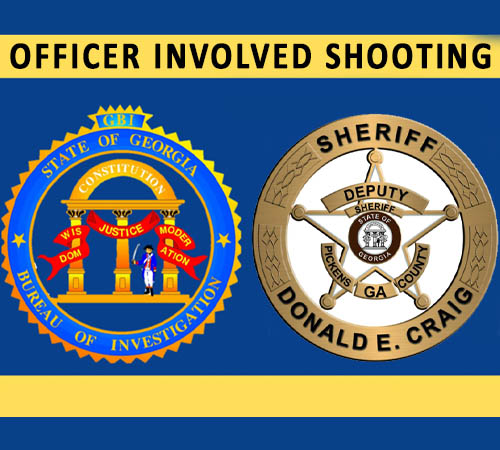 On Monday, February 8, 2021, at approximately 2:45 p.m., the Georgia Bureau of Investigation was requested by the Pickens County Sheriffs Office to conduct an officer involved shooting investigation.

The investigation indicates that at approximately 2:30 p.m., the Pickens County 911 Center received a request for a welfare check on a man that was expressing suicidal thoughts at a residence on Dianne Street. The man was reportedly armed with a replica gun and expressed a desire to die at the hands of law enforcement. The man was identified as Chris Childers, 46, of Jasper, Georgia.

The Pickens County Sheriffs Office responded to the residence to check on Childers, when they encountered Childers armed with a gun. Repeated verbal commands were given to Childers to drop the weapon. Childers put the gun down and then picked the gun up again, at which time he was shot by the responding deputy. The deputy and an additional responding deputy rendered aid until EMS could arrive. Childers was ultimately transported to an area hospital for treatment. The GBI determined that the weapon Childers was armed with was a PFM16 CO2 powered BB pistol, which has the appearance of a standard firearm.

Once the GBI investigation is complete, the case will be provided to the Appalachian Judicial Circuit District Attorney for review.


This is the 7th officer involved shooting that the GBI has been requested to investigate in 2021.