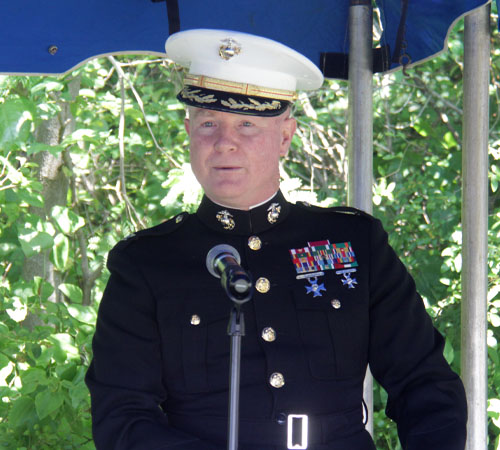 The ceremony was held at Sunrise Memorial Gardens Cemetery, located at 364 East Church Street, Jasper. The public is invited to attend this poignant event, which begins at 10 a.m.

Colonel Robert Cagle, USMCR (Ret.) grew up on his familys farm in north Georgia. He graduated from the University of Georgia with a Bachelor of Science in Agriculture, and was commissioned a Second Lieutenant in the United States Marine Corps in 1988 reporting for active duty that year. Since that time he has served continuously in active and reserve duties. His assignments are varied within the Marine Corps serving in command and staff positions at every level up to the Division.