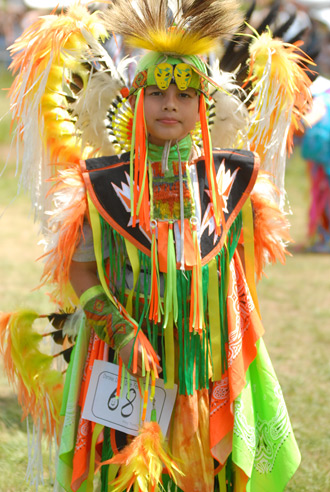 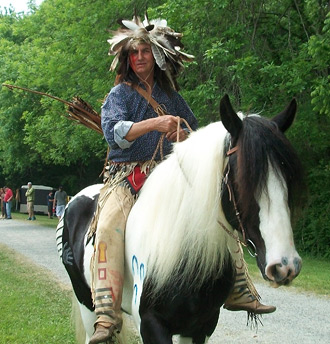 Mothers Day celebrations have been around since mothers first appeared as even the Bible recognizes Eve in bestowing her with the title Mother of All the Living. Hindu scripture credits the Great Mother, Kali Ma, with the invention of writing through alphabets, pictographs and beautiful sacred images. Ancient Egyptians believed that Bast was the mother of all cats on Earth, and that cats were sacred animals.

During the 1600s, England celebrated a day called Mothering Sunday, which was a time in which many of the servants that lived with their employers were encouraged to return home to Honor their Mother. It was customary to return home with a special cake to celebrate the occasion. Mothering Sunday is a Christian celebration that is actually celebrated throughout Europe even though this date has been traditionally called Mothering Sunday it is slowly but surely adhering to the universal call name of, Mothers Day. In Spain the holiday is directed toward a more religious concept as it is dedicated through love and affection to Mother Mary.

In the early 1900s a woman named Anna Marie Jarvis went on a letter writing campaign to have a day dedicated to honor our mothers here in the United States. The passing of her own mother fueled her passion, as she wanted to assure a day of observance in which all mothers would be remembered. She asked that white carnations be the official Mothers Day symbol. President Woodrow Wilson signed the executive order that proclaimed Mothers Day a National Holiday.

Native people of the world have always celebrated Mothers Day in one form or another as they recognize the gift of gender, which supports all Life. Women have been recognized as being all-powerful by even the mightiest of warrior as they have a systematic cycle of biological balance and necessity. American Indian women have been known to be the Nations Life Source as they are the significant tribe spinsters of the human web in which we are attached.

Children are nurtured into adulthood through the guidance of the Mother as well as uncles, aunts, brothers, sisters, and fathers. The mother is the safe guard to a childs well being and her many stories are delivered in a manner that teaches them a lifetime of dos and donts. Mother Goose is a good example of such stories as is Peter Rabbit, etc. and where they may not be of American Indian origin, think about the adoptive song Rock a Bye Baby as the wind blows in the treetops. It was the cradleboard with baby that swayed from the branch while mother lent herself to daily chores while chanting a favored song.

Native America has been misconstrued by many to being pagan-istic because of their conceptual ideas regarding their relationship with the Creator (God) and his works. For years, many people thought American Indians were praying to a host of many Gods simply because they would subscribe to his works with titles. A native person may lend to a tree as his sister, a bear or horse as his brother, the sky as his father, and the Earth as his Mother. Finally, after many, many years, we are hearing others addressing the world we live on as Mother Earth. One Creator, much creation! The plants are referred to as sisters, the animals are brothers, and so forth.

Today, Christians and others are using the endearing name Mother Earth to create an alliance with one of Gods greatest gifts, Earth. My wife is a Lakota Indian from South Dakota and in the Lakota language they have a beautiful saying, MitaKuye Oyasin which simply means, We are all related. Those are just words but if you put these words to work, we find ourselves not serving false idols or gods but rather, lending reverence and respect to the Mother of life via the Father of life.

Every Mothers Day weekend in Canton, Georgia we host our Cherokee County Indian Festival and Mothers Day PowWow on the Etowah River. Where we pay tribute to the Earths bountiful and forever giving necessities of life, we are all about saying thanks to Mom by recognizing them in our main arena through dance and song. Among the Cherokee people, the women are held to the highest of esteem as they were the ones that would not only breathe life into the tribes but also recognized for their rational mindset and heart. It was the Beloved Woman that would let the men know when they were to go into war. It was the woman that decided the fate of a captive. These were high positions of honor and to this day the Cherokee have a Beloved Woman within their tribe as a manner of respect and tradition in which they can consult upon.

The Mothers Day Pow Wow in Canton, Georgia has become one of the largest and most acclaimed cultural gatherings on the east coast and Native American artists, dancers, singers, and drummers travel from across the country and as far away as Canada and Mexico to participate in dance competitions, trade and commerce. The event may attract American Indian people from across the country but it is actually produced for the general public, as our goal is cultural exchange through fellowship, feast and fun. The PowWow is a two-day festival in which we represent a multi-tribal element of arts, crafts, foods, dance and entertainment while tricking everyone into an educational arena.

This event is in its twenty third year and is known for being the Renaissance Festival version of Dances With Wolves while maintaining the reverence and respect of those we represent. There are other semi-similar events out there but we are proud to have the best of the best in the southeast when it comes to authenticity, audience appeal and audience participation. Our showcase is Vegas quality and for an outdoor festival we deliver a broad spectrum of acts such as, Ray Pena, Raptor Man, who flies the worlds fastest bird through the hair of the unsuspecting audience. Rays birds of prey show hosts numerous self-propelled free flight birds that make for great pictures and even greater memories. Warriors on Horseback battle it out in a mock reenactment that is derived from a traditional warriors song called the Sneak-up. Everyone loves the Aztec Dance Company as they fill up the dance arena with high energy and lots of laughter as the viewing guests becomes participants. Competitors dance for cash & prizes in numerous dance categories and styles such as Mens Traditional, Womens Jingle, Grass Dance, and the fast and flashy high energy Fancy Dancers. Watch as our Native Specialty act transforms himself into numerous life forms while performing the elaborate and mystical Hoop Dance. Walk through a real Indian tipi (teepee) village and check out an authentic woodlands Wigwam. Meet Thunder a 2,000 pound 100% bull buffalo (Bison). Watch as I attempt to ride this friendly monster and then rest his huge head in my lap. Thunder has been on the Wolfe farm since he was five days old and he will be twenty one years old this July 17th. Thunder serves as an ambassador for the Yellowstone Herd in Wyoming where the last herd of genetically pure wild buffaloes roam. You can learn more about these majestic animals at: www.buffalofieldscampaign.com The truth is, this herd belongs to you.

Our market place allows for guests to browse and shop some very unique and interesting booths that are adorned with lots of handcraft and a bit of fine art by such artist as David Behrens, Lola Rios, and Mark Barfoot. Leather, bones, pottery, beads, jewelry, canvas, stained glass, herbs, soaps & scents, clothes and more. While walking the river walk and viewing the many sights you will savor the smells of Native cuisine at its best such as, gator tail, roasted corn, Indian fry bread, Pima wraps, shrimp wraps, and sadly enough, buffalo but not Thunder.

We all know that what makes a Mom special, it is their ability to be Moms and with that we have to recognize the kids, as no engine, no caboose = no Papoose. We do have kids activities such as pony rides, bungee jumps, etc. but they are often intrigued as are their fathers by our primitive skills demonstrators such as hide tanning, flint napping (arrowhead makers), fire by friction, and archery teachers. Where we do adhere to the common sense delivery of social consciousness opposed to the rigid silliness that being political corrective often imposes, we are about having a good time therefore asking everyone to loosen up and get festive on us.

So, with that said, know this- for the most part, we call each other Indian, Native American, American Indian, First Nations, etc., along with one anothers inherent name. We are prideful in our attempt to deliver you an intertribal event that promotes the integrity of a diverse group of proud people. In the end, we are a collective work of not only Native Americans but, Americans as a whole. When you come out to be a part of the Mothers Day weekend PowWow we hope you are open to having a great time and in the midst of the day you are compelled to call us brother, friend, and/or simply say hello. Sometimes its not important that we remember what things mean in anothers language so much as it is that we remember what it means in our own. MitaKuye Oyasin or We are all related for somewhere down the road, however far we all come from the same mother.