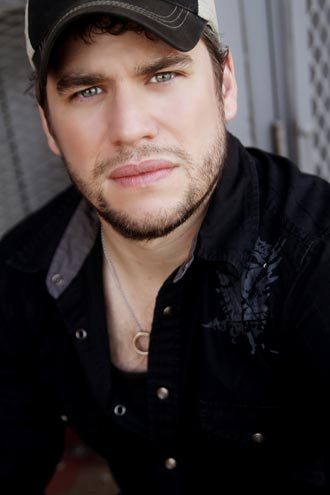 When you hear Chris Weaver for the first time you immediately know he was born to make music. Growing up in West Virginia, his father was a traveling musician for over 25 years and music was always around him. From the early age of ten, Chris knew he would be a musician too. He started to hone his craft through influences like Cocker, Petty, Morrison and Mellencamp. Its all I could ever remember wanting to do, Weaver states. I wanted to write like them and
sing like them but just do it in a way that would be my own. I want my music to invoke memories of peoples past, whether good or bad so they may have a deeper relationship with what theyre listening to says Chris. He not only meets this goal, he blows it away in his emotional live shows as well as his recorded music.

With his first CD release Standing in Line, Chris and his band are inspiring crowds all over the country. His music employs classic American rock n roll with a blues feel and a splash of country. The single Go Easy On Me is currently on the Music Row country chart and the entire CD is on the Americana chart and also heard on college radio across the country.

Weaver is also becoming known for his song writing skills as he co-wrote the song You Got To Want It recorded by Jordin Sparks of American Idol fame and featured this past Sunday during the Super Bowl pregame show on FOX television.

Weaver is working with producer Josh Leo (Alabama, Nitty Gritty Dirt Band, Bad Company, Lynyrd Skynyrd and others) on his new CD due out in a couple months. The Jordin Sparks cover is cool. My publisher landed that for me. My version of that song is very different, said Weaver. More rocking guitars. Were looking to put it on the new CD.

Chris and his band perform regularly at The Stage on Broadway in Nashville when not touring nationally. Last year was really the beginning of something special for me which makes me even more excited about this year said Weaver. We did shows and visited radio stations all over the country and everywhere we went people were excited about our music so thats inspiring.

You can call ahead to Roccos Pub to reserve seats for dinner and the show at 706-253-1900. Admission is $10 and the show starts at 8 PM. Visit the band website for a song preview www.chrisweaverband.com.